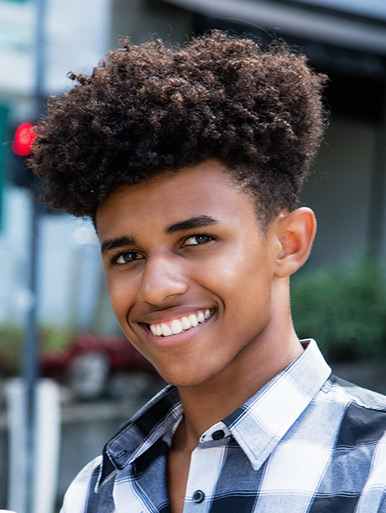 All About Woodside, Queens

The area where the village of Woodside would eventually be established was sparsely populated for the first two centuries after English and Dutch settlers arrived. The Native American inhabitants called it a place of “bad waters” and the Europeans called it marshland, and it was also infested with so many wolves and snakes that it had nicknames like Wolf Swamp and Rattlesnake Spring.

A few tenacious farmers stuck around and learned how to make the land profitable, and in the 19th century, they drained some of the marshes and cut back more forest for farmland. A historian at the time said of the area “it would probably have been hard to find anywhere in the vicinity of New York a more picturesque locality.” At the center of what became Woodside was an ancient, massive chestnut tree. Its location was a natural meeting place and a strategic point during the Revolutionary War.

The large-scale development of Woodside began in 1867, when the nearby Long Island Rail Road made it the ideal spot for a suburban community. It had a major boom after World War I and continued to see new development. Today, Woodside maintains a strong Irish culture alongside large Asian and Hispanic populations.

Dr. Bruno loves serving the neighborhood of Woodside and helping the people here achieve the properly aligned smiles they deserve. Having straight teeth isn’t just about looking good, it’s about better gum and jaw health, better digestion, and teeth that are more likely to last a lifetime. If you’re in Woodside or one of the surrounding neighborhoods in Queens, Dr. Bruno will develop the perfect orthodontic treatment plan for your smile, whether that means traditional braces or Invisalign.

See What Woodside Has to Offer

What else do we love about Woodside? Woodside is a neighborhood in Queens with a lot of cultural diversity, and that’s particularly reflected in the local food. Some of the most popular Thai, Filipino, and South American eateries in New York are in Woodside, and they’re definitely worth a visit.

One great place to grab Thai food that’s just six minutes from our practice is Spicy Shallot. You might not be in the mood for crispy volcano chicken right after an adjustment, but once your teeth are used to the new position of your braces, why not give it a try?

Just around the block from us is Ihawan, an excellent place to get some Filipino barbecue. If you’re in the mood for some spicy South American food with a sushi twist, head over to Mamajuana Cafe.